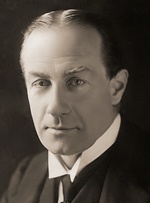 Political Party: Conservative Party of United Kingdom
Other Political Titles: Lord President of the Council, Leader of the Opposition, Chancellor of the Exchequer, President of the Board of Trade, Member of Parliament for Bewdley