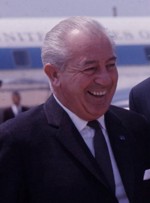 Education: Wesley College in Melbourne and at Queen\'s College at the University of Melbourne where he studied law.